Alireza Ghorbani's ambition in this project is to make heard a sound that's both rooted and new. And this among the barrage of products derived from the Persian musical tradition and prevailing fashion these last few years in Iran. For in less than a century the concept of tradition has lost relevance faced with the rapid evolution of Iran's musical culture. Whereas apprentices and masters (ostad) traditionally had a very special relationship, in the twentieth century that relationship was lost. Under Western influence and with the advent of sheet music, music teaching moved to the universities and conservatories.

In classical Persian music singing is the heart and soul of the music. It holds a special place. This state of affairs is closely related to the relationship between singing and the poetry that reinforces its significance. The singer plays a crucial role: it is he (or she) who decides on the mood to express. And it is he (or she) who chooses the dastgâh (basic modal structure) corresponding to that mood. The vocalist is also responsible for selecting the poems which will be sung. The overall aesthetic remains "impressionistic rather than analytic", and enhances many affects (hâl).

The compositions based on the Sufi texts which Ghorbrani interprets vary immensely between the beginning and the end, alternating between contemplative moments and spectacular demonstrations of the singer's brio, called tahrir. Virtuosity, ornamentation, invention, the ability to improvise may be qualities common to several current Iranian artists. But what remains remarkable about Ghorbani is the conjunction of all these perfections in a single singer.
Alternately a solo a cappella singer or vocalist sensitive to the slightest intention of other instrumentalists, Ghorbani absolutely clings with his voice to the sudden changes of pace and tempo of the composers of melodies, all the while steadily maintaining the pulse underlying his singing. 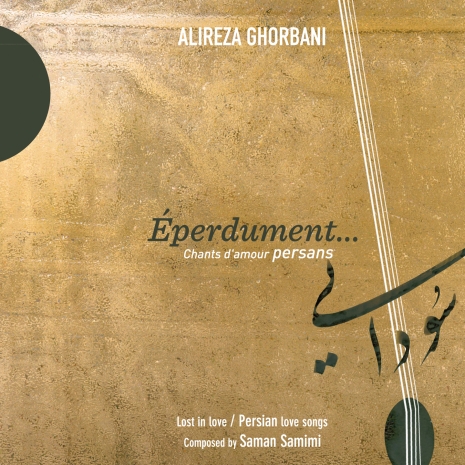