Highly embedded in Mediterranean culture french musician Thierry « Titi » Robin has explored various streams following his destiny towards East, through endless travels of Rom and Sinti people, carrying little luggage but immense dreams. Being altogether a compositor and music interpreter (playing oud, bouzouq and guitar) he has inherited of a vast cultural universe covering the space from mediteranean to central Asia and India.

Faiz Ali Faiz is a few years younger than Titi. Born in Pakistan, into a family of musicians, he starts practising the sufi art of qawwali at a tender age. At the same time he has a thorough knowledge of classical music, such as khyal, taught to him by well know masters. His exceptionnaly rich voice seems to be perfectially designed for this art which has now become his trade mark.

For this project Titi composed several original melodies, minutely selecting modes and rythms which in his mind could best represent the world of qawwali. Faiz Ali Faiz, on the other hand tried to find inspiration in sacred poetic text which could conveniently match the instrumental creation.

The singer goes on carrying the notes which have lit up his song, overwhelmed by this subtle instrumental dance, irresistable love song between instrumental strings and voice. At times both talk to heights together, entanged towards the same peaks, as if they were helping each other to reach ecstasy, then comes a short rest marked by silence before combining the next step.

Thierry Robin and Faiz Ali Faiz both are masters in their own arts. This is how this fusion became possible. In fact this fusion is a mutual respect for each other, a mutual interest, a mutual thirst. And this is how musics come slowly to meet with full confidence and never belittling each other. And ultimately they combine in the same love. 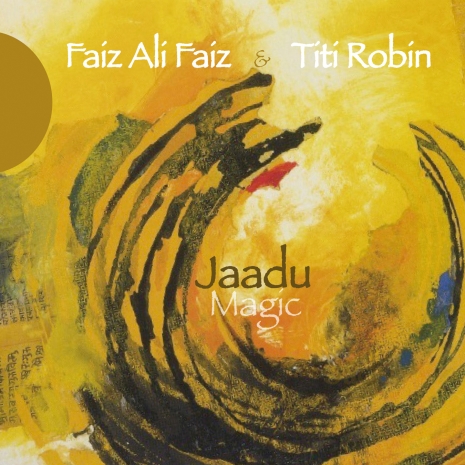