Vocals and arpeggione. With a flute as a bonus : a traverso, or baroque flute. Playing songs from the New World and by Violeta Parra.

It was rather fortuitely that Diana Baroni and Simon Drappier met in Paris, two musicians on the fringe both experts in excellence lacking the means to quench their thirst for music. They went on tour, and at the dawn of it project Pan Atlantico was born.

These pieces, caught on screen as their performance peaked in terms of perfection, sprung from a shared desire: “playing as a duo, tackling pieces that please us with a conceptual approach without ever ignoring our intuition.”

Each of these covers, with unwritten arrangements, delivers a rich ambience moving from minimalist American music to the beat of the forró, from classical guitar picking to inspired lament, from sound effects to echoes of Cumbia.

Diana Baroni was born in Latin America, Simon Drappier in Europe, and their project, Pan Atlantico, is so much more than the clashing of two cultures. 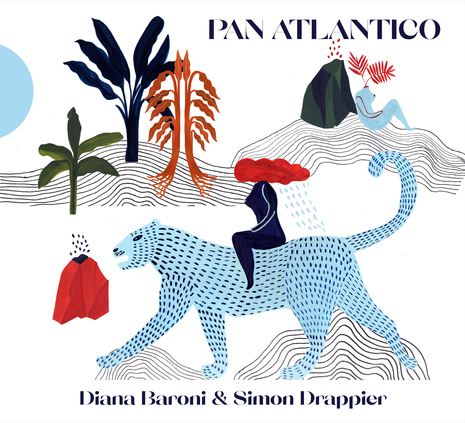