Rusan Filiztek sums Sans Souci up by explaining that “I wanted to show where I’m from and where I’m heading”. For this, his first personal album, the challenge was considerable : daring to sing in several languages, even in some that he doesn’t speak, as well as regaining the troubadour’s ancien spirit: “I speak neither Greek nor Armenian but I perform their music.”

For this adventurous musician, originally from Turkey, but who has since surveyed the whole region (Syria, Iraq, Kurdistan, Iran, Armenia, Georgia before arriving in France in 2015) it was quite natural to use the saz, an emblematic instrument representative of these different territories crossed: “I chose to play it with the saz, the most ancient instrument of Anatolia –evidence of its existence dates back 2,000 years. Before the fall of the Ottoman Empire, in Anatolia in the 17th to 19th centuries everyone played the saz. And all the troubadours sang in several languages.”

Except two traditional tracks on Oriental fashions in Greek and Armenian, for which he used a Greek oud, and on Sans Souci, a Gallo song he discovered in Brittany, for which he provides an accompaniment on a 3-string saz, the 7-string saz is used all through this beautiful album, playing a central role reflecting the reality of the many cultures of Minor Asia. 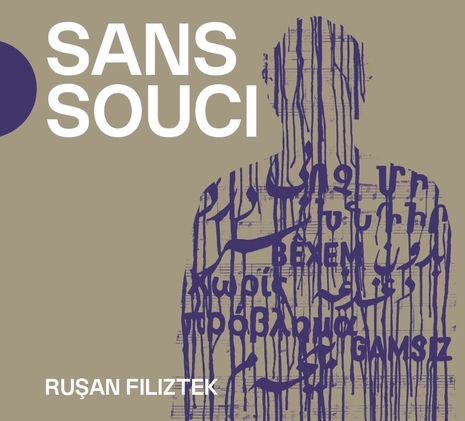