“Sowal” means “question” in Persian, “diabi” means “answer” in Bambara. This ambitious project was first envisaged more than two years ago while pondering the plight of refugees, their contribution despite the somewhat hostile attitudes people display towards them. Sowal Diabi brought together on the same stage artists that have all experienced exile, physical or cultural: Malian singer Mamani Keita, Iranian singer Aïda Nosrat, her compatriot Sogol Mirzaei playing the târ (lute), the Afghan tabla-player Siar Hashimi, the Kurdish stranbej (virtuoso singer) Ruşan Filiztek and the French Ethio-jazz group Arat Kilo.

This in turn led to a meeting of minds and music despite differing traditions, resulting in this collection of 13 pieces. It’s a shimmering, fascinating tapestry of sound, weaving a diversity of timbre, temperament, and offbeat fashion, in which this strangely disparate Diaspora could not help but touch, attract and ultimately blend in an embrace bordering on love. 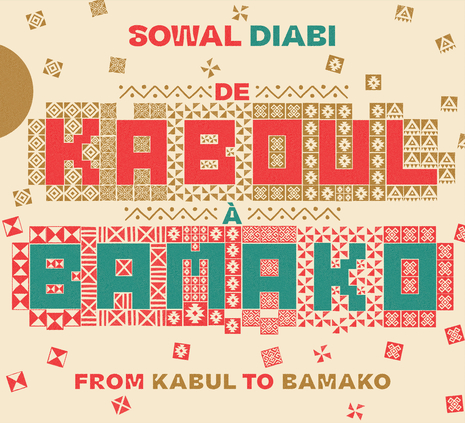